With BUSICO3D, we developed a system that provides: (i) a virtual representation of a building as a more natural interface for human interaction, and (ii) an integration of simulation and control that allows the testing of configurations without any harm on the physical building or personal environment (see Figure 1). BUSICO3D uses sMAP as an abstraction layer for accessing and describing various sensors and actuators of the physical building. The structure of the physical building is derived from an imported BIM (Building information modeling) model. The system can be run in either simulation or control mode. In simulation mode, people can change settings, define rules or schedules, and simulate the effect of these on the building. Feedback on the building’s state, including temperature and energy consumption, is provided through the virtual experience. In control mode, feedback of the simulation engine is replaced by feedback of the actual building. We designed and implemented our prototype using a widely used game engine (Unity 3D) and existing platforms for modeling the physical structure of a building (Autodesk Revit). 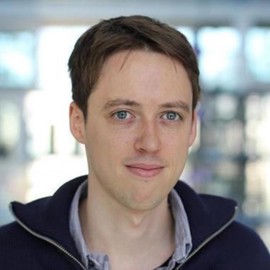 I am a Computer Science researcher at NEC Labs Europe.